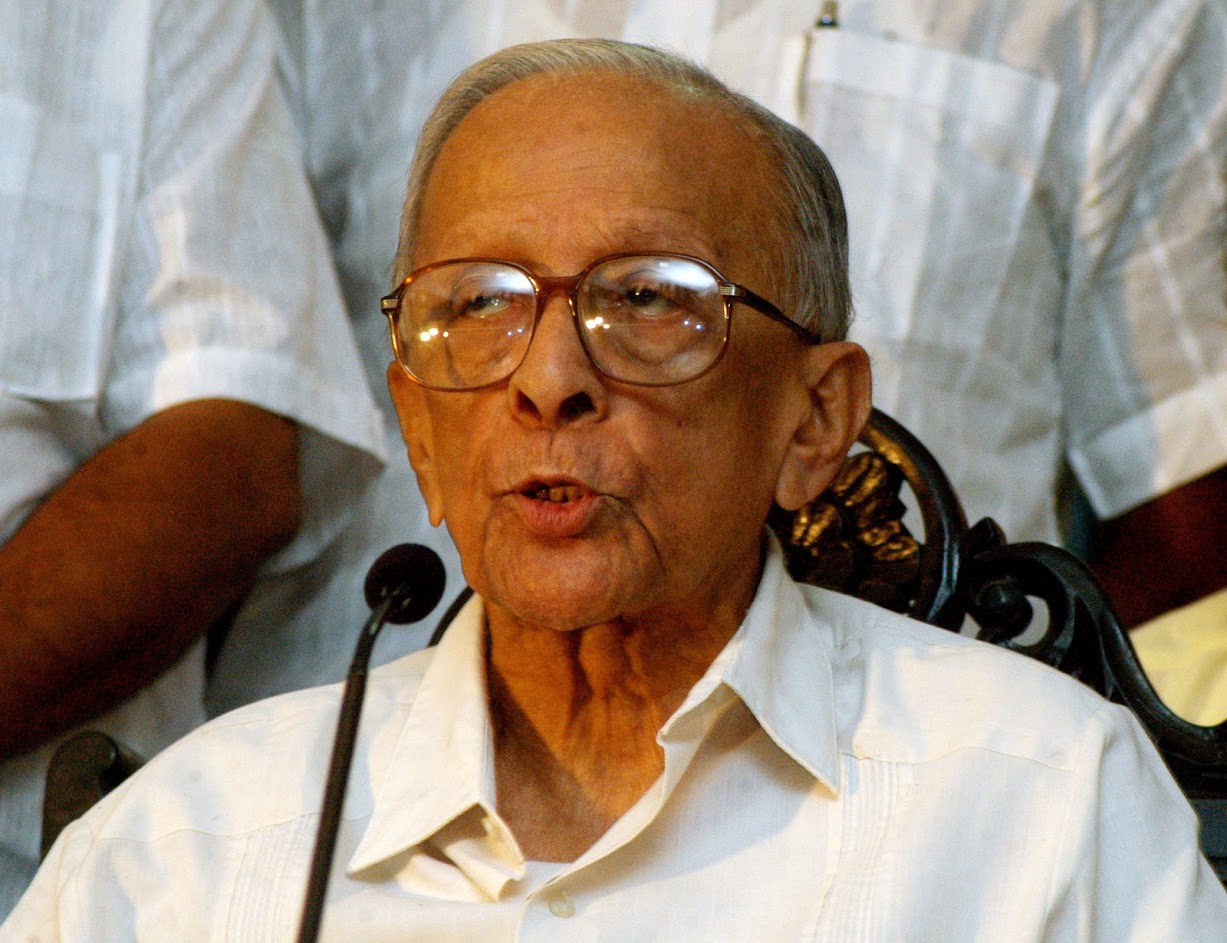 I am happy that I have been given the opportunity to appear before the Commission. I wish to make a few points on the demolition of the Babri Masjid and reply to any queries.
• There were reports that the Babri Masjid in Ayodhya may be attacked by the Kar Sevaks. The then prime minister Sri Narsimha Rao, convened the meeting of the National Integration Council on November 23, 1992. On behalf of the CPI(M), Harkishan Singh Surjeet, the general secretary, and I attended the meeting. No member of the BJP attended it. Unanimously, powers were given to Sri Narsimha Rao to take necessary measures to protect the Masjid. On our party’s behalf we proposed that even Article 356 of the Constitution may be used if there is no other way to protect it, though we have been opposing its use.
• Two days before the demolition, i.e., on December 4, 1992, I rang up the prime minister to inform him that there was apprehension that the Masjid may be attacked and hence something has to be done to protect it. The prime minister said the Working Committee of the Congress was to meet on the issue. But your lordship knows what happened.
• After the UP government was dismissed, Sri Kalyan Singh addressed a meeting in Calcutta on February 2, 1993, as recorded by the police. The Hindi speech, along with its English translation, is also with me. I shall leave these with you. I particularly draw your attention to that part of the speech in which he speaks about the demolition of the mosque: “I express before you, I did not have any repentance, nor any pangs or agony for the case, and I had a pleasure to declare it as a historic day. I can tell you, my dear friends, without the inspiration of God such a colossal job of demolition could not have been pulled off within five hours without using any explosive device. Even if we engaged a labour contractor for the same, the contractor might have taken at least one and half months time for the said purpose, including removal of huge amount of debris. You know, the birth of new Indian era will take place with some glorious future after December 6, 1992. The demolition of the structure (though some sections of people took it for a shame for the Nation) has become an affair of pride to the Nation.”
• In the third week of December, 1993, Surjeet and I met the prime minister and asked him why nothing was done. He said, “How could I disbelieve a chief minister when he assured me that no harm will be done to the Masjid.” I then presented the cassette to him and told him what I told you now. I do not know whether he heard the cassette.
• The present prime minister, Sri Vajpayee, met me on March 20, 1999, in Calcutta and asked me why I called the BJP barbaric and uncivilised. I said I do not normally name anybody, but I do call the demolition a barbaric act, and I asked him how did it happen and what language should I use. He said “It was an accident and not organised”. I told him about Kalyan Singh’s speech. He kept quiet. Now he is saying something else - “expression of national sentiment”
We shall await the findings of the Commission.

I was asked by the Justice Liberhan Commission, set up a long time back to probe the demolition of the Masjid, to give evidence before it. I met the Commission for two days on January 29 and March 15, in the year 2001, and placed all these facts before it. I also presented the Commission with a cassette containing the speech of the ex-chief minister, Kalyan Singh in Kolkata after his government was dismissed. In the course of this speech, he gleefully, and with great pride, among other things, stated that the demolition was a great achievement, and a new era had begun in India.
I think it is worthwhile to add that because of my statements on communalism and calling such acts "uncivilised and barbaric", the prime minister Atal Behari Vajpayee, at a subsequent meeting in Kolkata said that he would ask me why I used such language. In the discussions with me which followed the meeting, I told him that I had not mentioned individuals, but I was of the view that vicious attacks against other religions, and demolition of their houses of prayer, are in my view, barbarous and uncivilised. They are also against our concept of unity in diversity, and do violence to our Constitution. I reminded him that he had at least expressed regret after the demolition, but his other colleagues had justified the demolition and there were criminal cases pending against them. I also told him that he listens to the RSS, the VHP and the Bajrang Dal, because he knows otherwise what fate awaits him.
Now on the Gujarat barbarism the PM on the one hand says he cannot show his face outside India, but, at the same time continues to support chief minister Narendra Modi.