Soumitra Chatterjee Frontline
Print edition : February 12, 2010: WHEN I was in college in the early 1950s, I was quite active in the Left students movement. Those were the years which saw the rise of the communist movement in West Bengal. From that period itself Jyoti Basus diminutive figure loomed large over the State. We all had enormous respect for him. He had such a magnetic personality.

In the undivided Communist Party of India, there were many great orators, but it was Jyoti Basu who was always the main attraction. I remember there was something very down-to-earth in the tone of his voice, but at the same time there was no mistaking that he was a leader of great stature, and that came through in his speeches. In fact, when he spoke to the masses he was actually leading them. He would say, This is what needs to be done, and This is what is expected of you.

During the food movement of the late 1950s and early 1960s, I had the opportunity to interact with him more closely when we raised funds and handed them over to the party to distribute among the starving people. Some years later, and I was already in the film industry by then, there was a big agitation that split the industry in two. On the one hand, there was our side, which supported the 100 days strike of the cinema workers, and, on the other, there were the proprietors of the cinemas. The latter were trying to use their connections in the CPI(M) to thwart the strike.

At that time, I went with other representatives to meet Jyoti Basu and seek his intervention. Whenever any problem arose in the film industry, Jyoti Basu tried his best to find a solution to it.

There was a time when we were close neighbours. That was when he lived in Hindustan Park. We would often bump into each other in the neighbourhood and exchange pleasantries. Even though we were not very close, I felt he was always affectionate towards me.

I want to share something that I have heard from many people, in the past as well as more recently. Because of my Left leanings, the party apparently wanted me to be more directly involved in its movement. On numerous occasions, I was approached by the party to contest in the elections, but I turned down the offer as I felt it was not my forte. But more than that, the party was keen that I play a more active role in its cultural movement through theatre and other fora as Utpal Dutt did. But Jyoti Basu was not in favour of it. He apparently said, Let him continue with the work that he is doing now. After all, he is also working for the people in his own way. I have no proof of this, of course, but I have heard of it from many people.

One of Jyoti Babus closest friends was Snehangshu Acharya. They studied together in England. Snehangshu Acharya was an uncle of mine. He was a very jolly man. During one of the film festivals in Calcutta, I ran into him and he immediately wanted to take me away to have dinner in Calcutta Club. But I could not leave, as Jyoti babu, who was by then the Chief Minister, had not yet arrived.

As I was trying to explain this to my uncle, Jyoti Basu walked in. Breaking all protocol, my uncle called out to him, Hey, Jyoti come over here. Jyoti babu was smiling at his exuberance and gesturing, Yes, Im coming, Im coming. They were the best of friends. When he walked up to us, my uncle said, Jyoti, there is no point in this boy hanging around here with a fixed smile on his face. Im taking him out for dinner. I would have invited you, too, but I know you cant leave now.

At which Jyoti Basu laughed and, turning to me said, Go on, the food is much better out there than here.

(As told to Suhrid Sankar Chattopadhyay) 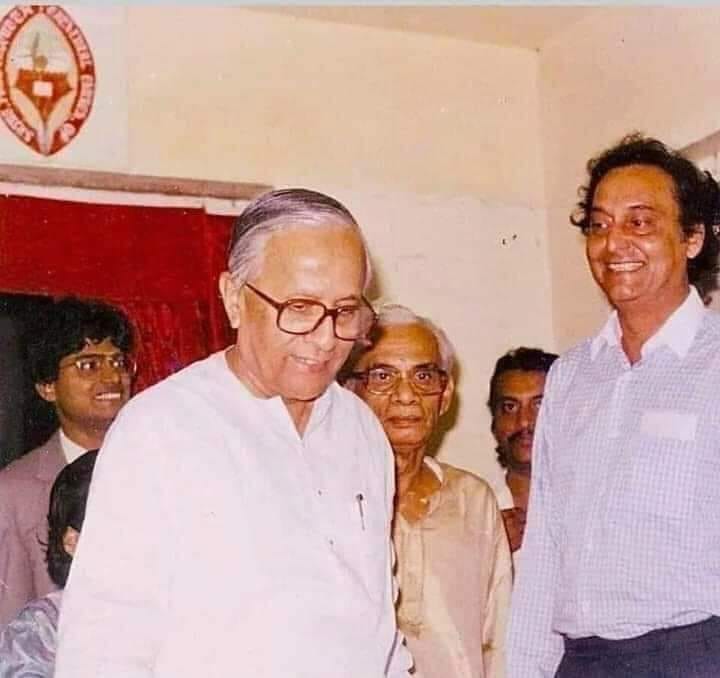